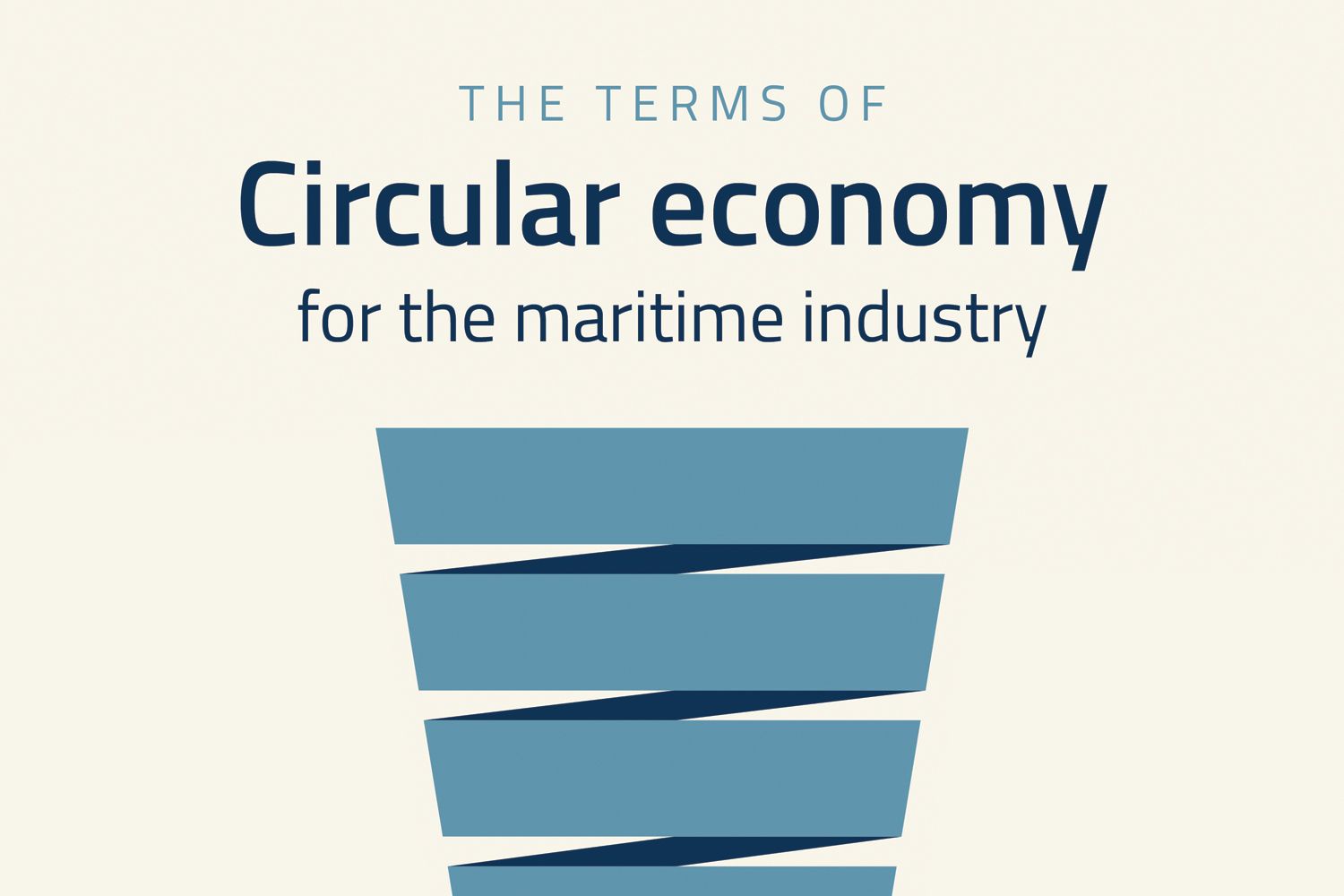 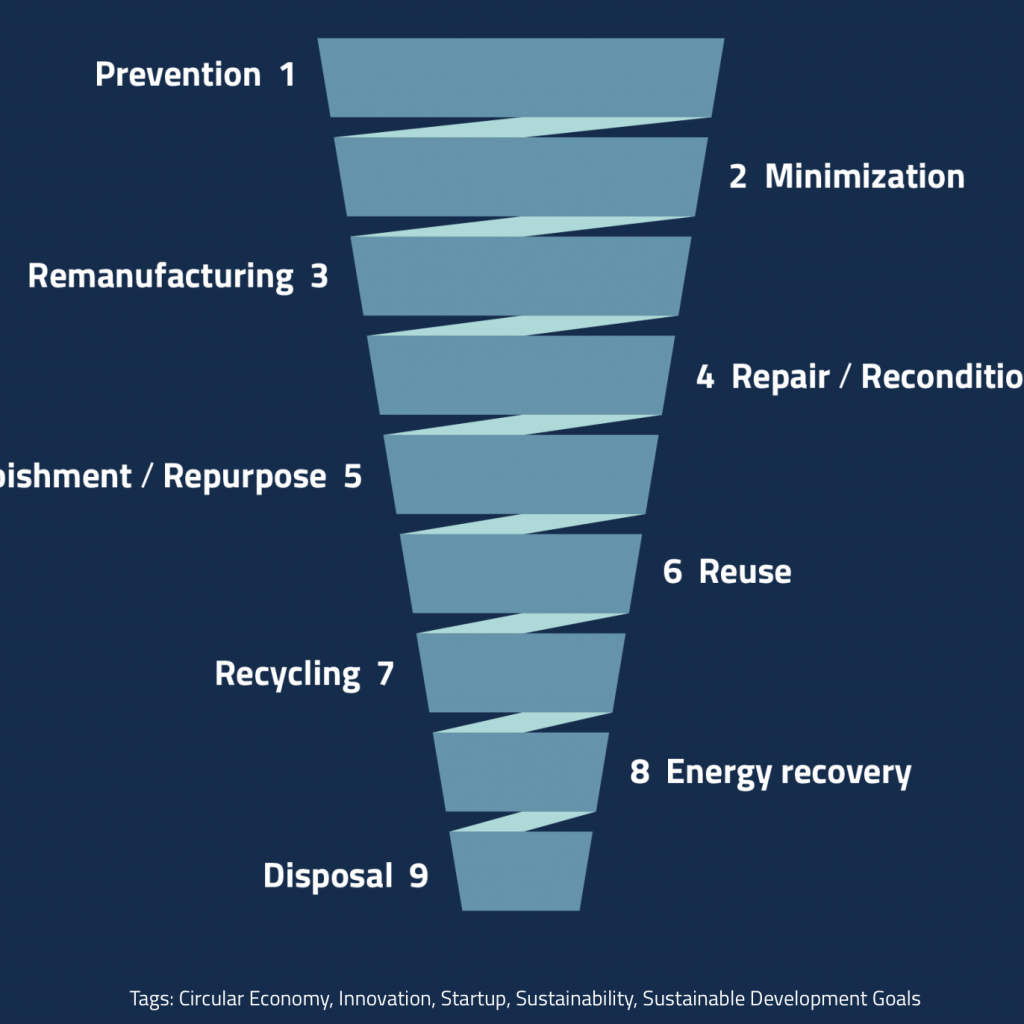 In the current economy, economic growth is fueled by excessive and intense use of natural resources. Due to emerging threats of running out of resources, climate change, loss of biodiversity, and not being able to cope with the amounts of waste being disposed of into our oceans and nature. There is a vast need for what could be mentioned as a good disruption to our way of generating economic growth. One of these disruptions needed is argued to be to create a cradle-to-cradle material bank, enforcing the circulation of natural resources and enabling endless use of materials. However, this is only feasible if these materials are kept pure if they are designed for disassembling and reuse, and finally if we can use our technological advancements to create a tracking system to identify items, that have passed the first life cycle. Through better design principles, we are able to continue economic growth by turning in-use materials into competitive assets. This way of thinking, and the approach to create a value of what we traditionally waste, is referred to as the Circular Economy (Source: A good Disruption, EMF).

Circular economy refers to keeping resources in a circular loop and reutilizing resources as long as possible, either in one or more life cycles. Circular economy refers to the economy where we limit waste, and therefore rearrange economic potential from producing to remanufacturing. Working with the circular economy, and other sustainable approaches that aim to minimize waste, several terms are referring to production and consumption, one will often meet. Some terms such as recycling are much more known and defined compared to the more complex terms such as remanufacturing or refurbishment, and often we meet that people use the terms repair and life extension, despite these being the focus on several of these defining terms. In this paper, we aim to present all the terms related to circular economy and production and consumption, to categorize and explain these in-depth.

Catchy terms such as the 9 R’s; “Refuse, Rethink, Reduce, Reuse, Repair, Refurbish, Remanufacture, Repurpose, Recycle, Recover” where number of these have been used as catchphrases due to their easily understandable nature. We will attempt to categories these terms with the CE terms presented in this paper, and provide in-depth descriptions, to make it possible to differentiate the terms and pin them to the individual processes. 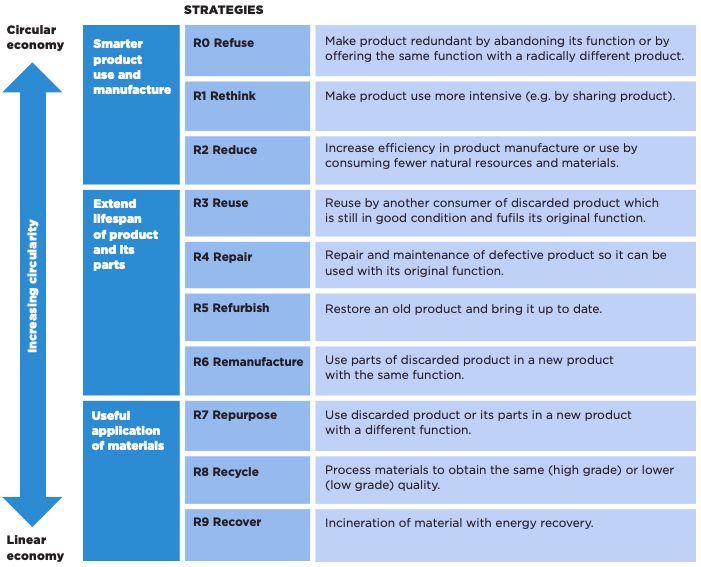 The following terms are categorized by most favorable solutions according to the Circular Economy Principles, with energy recovery and disposal being least favorable and not part of the CE principles, as they do not minimize waste creation.

Waste minimization is a set of practices intended to reduce the amount of waste produced. By reducing or eliminating the generation of harmful and persistent wastes, waste minimization supports efforts to promote a more sustainable society. Waste minimization involves redesigning products and processes, while changing societal patterns of consumption and production.

Remanufacturing is the repair or replacement of worn-out or obsolete components and modules. Remanufacturing is a form of a product recovery process that differs from other recovery processes in its completeness: a remanufactured machine should match the same customer expectation as new machines. Functioning, reusable parts are taken out of a used product and rebuilt into another. This process includes quality assurance and potential enhancements or changes to the components. By definition, the performance of the remanufactured component is equal to or better than ‘as new’, while producers are able to provide a guarantee as a new component. Remanufacturing in production is the most desirable term due to its high level of quality while being of lower cost than the equivalent new component. From cases, it’s been proven that for productions to increase the use of remanufacturing, these have gained the advantages of new market shares, increase of staff, increase of sales while the decrease in used materials/resources. The term remanufacturing is the central production-term put forth in the circular economy.

Product reconditioning involves returning a product to good working condition by replacing or repairing major components that are faulty or close to failure, and making ‘cosmetic changes’ to update the appearance of a product, using methods such as resurfacing, repainting, etc. Any subsequent warranty is generally less than issued for a new or remanufactured product, but the warranty is likely to cover the whole product. Accordingly, the performance may be less than ‘as new’.

Reuse refers is the action or practice of using an item, whether for its original purpose or to fulfill a different function, therefore re-functioning the item. It should be distinguished from recycling, which is the breaking down of used items to make raw materials for the manufacture of new products. Reuse – by taking, but not reprocessing, previously used items – helps save time, money, energy, and resources. In this term, life extension can be imbedded. If the item is reused for original purpose, it stays in first lifecycle, however if parts of item is reused in different function, it will enter its second lifecycle. Life extension can be interpreted in all scenarios from remanufactured, repair/reconditioning, refurbishment and reuse.

Recycling is the process of converting waste materials into new materials and objects. The recyclability of a material depends on its ability to reacquire the properties it had in its virgin state. It is an alternative to “conventional” waste disposal that can save material and help lower greenhouse gas emissions. Recycling can prevent the waste of potentially useful materials and reduce the consumption of fresh raw materials, thereby reducing energy usage, air pollution, and water pollution. Recycling is the last of the official circular economy terms, and the least favorable, as when designing from waste it is ultimately downcycled, however can be argued to slow the rate of waste creation.

Energy recovery or also known as Waste-to-energy (WtE) is the process of generating energy in the form of electricity and/or heat from the primary treatment of waste, or the processing of waste into a fuel source. WtE is a form of energy recovery. Most WtE processes generate electricity and/or heat directly through combustion, or produce a combustible fuel commodity, such as methane, methanol, ethanol, or synthetic fuels. WtE is also commonly used in the disposal of plant or animal material, known as biomass, to create biofuels and bioenergy, aimed at creating a new source of renewable energy.

Removing and destroying or storing damaged, used, or other unwanted domestic, agricultural, or industrial products and substances. Disposal includes burning, burial at landfill sites or at sea, and recycling. 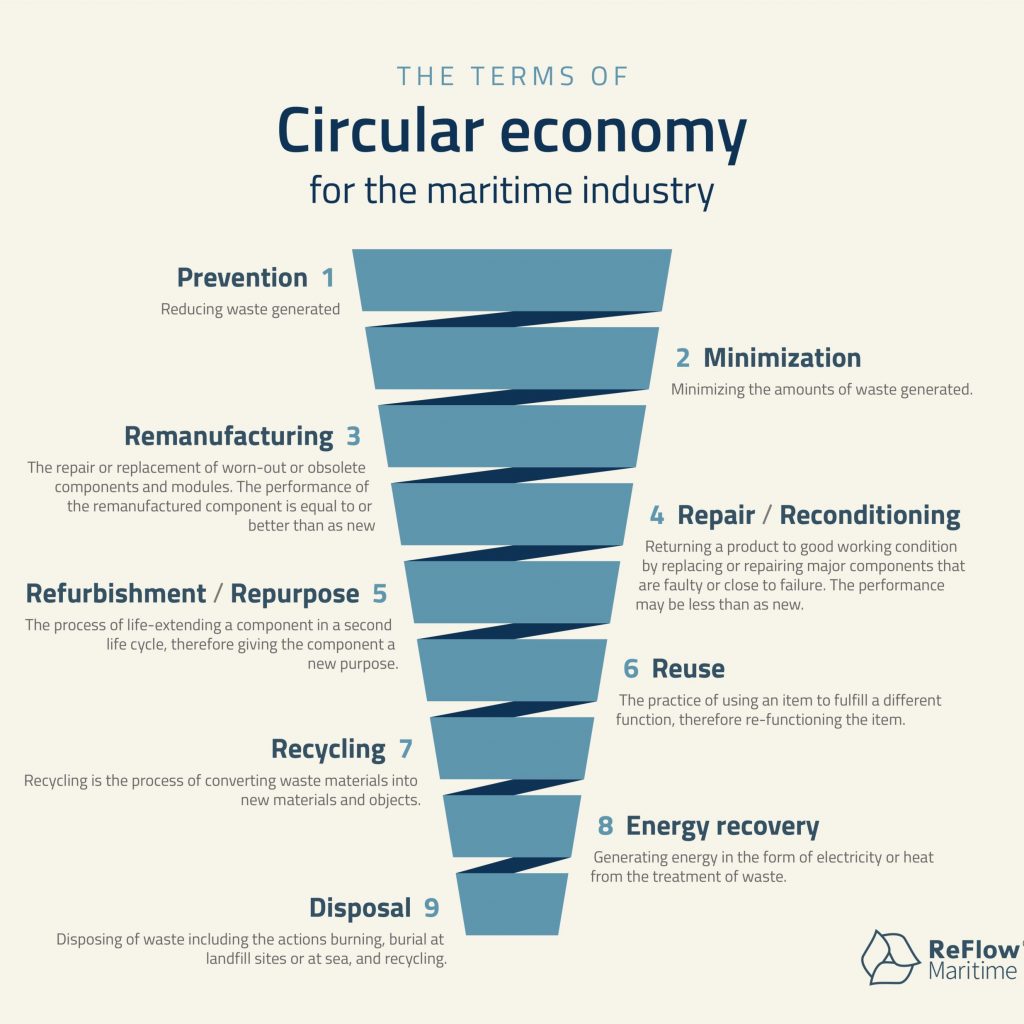 This overview of terms is created to enlighten the maritime industry, to enable a common understanding of the circular economy terms. This is also for the industry to get an in-depth understanding of what we should aim for both in product design, in product repairs and how to decrease our amounts of disposed materials. The circular economy implemented in the automotive industry have proven to create economic growth, through creating more jobs, creating new revenue streams and entering new markets, while decreasing waste and keeping resources in use, either in first lifecycle or thereafter. Harvesting the benefits of the circular economy is in reach for the maritime industry, however it takes a change of mind, a change of design and a change of how we have been doing business till now. 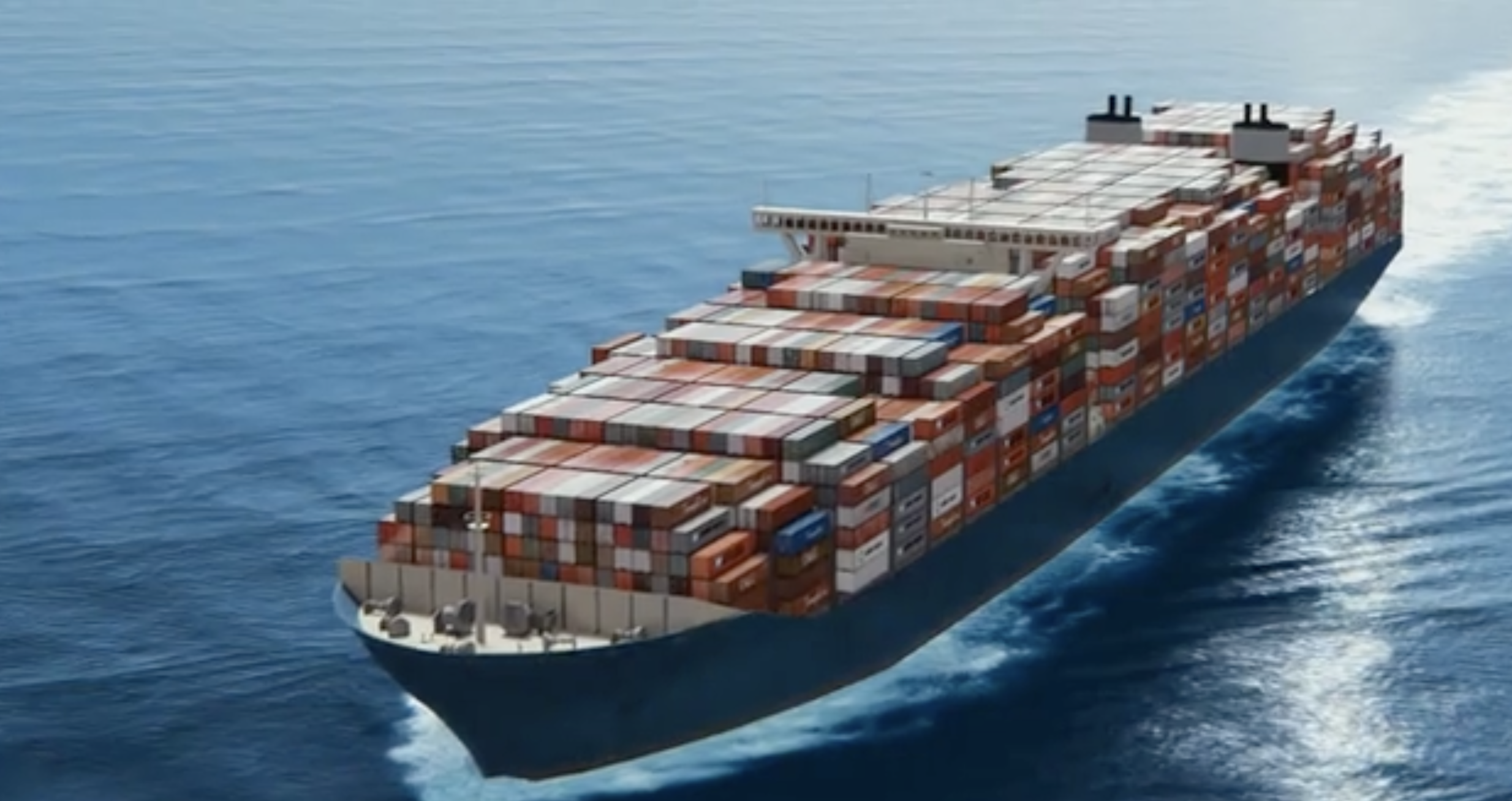 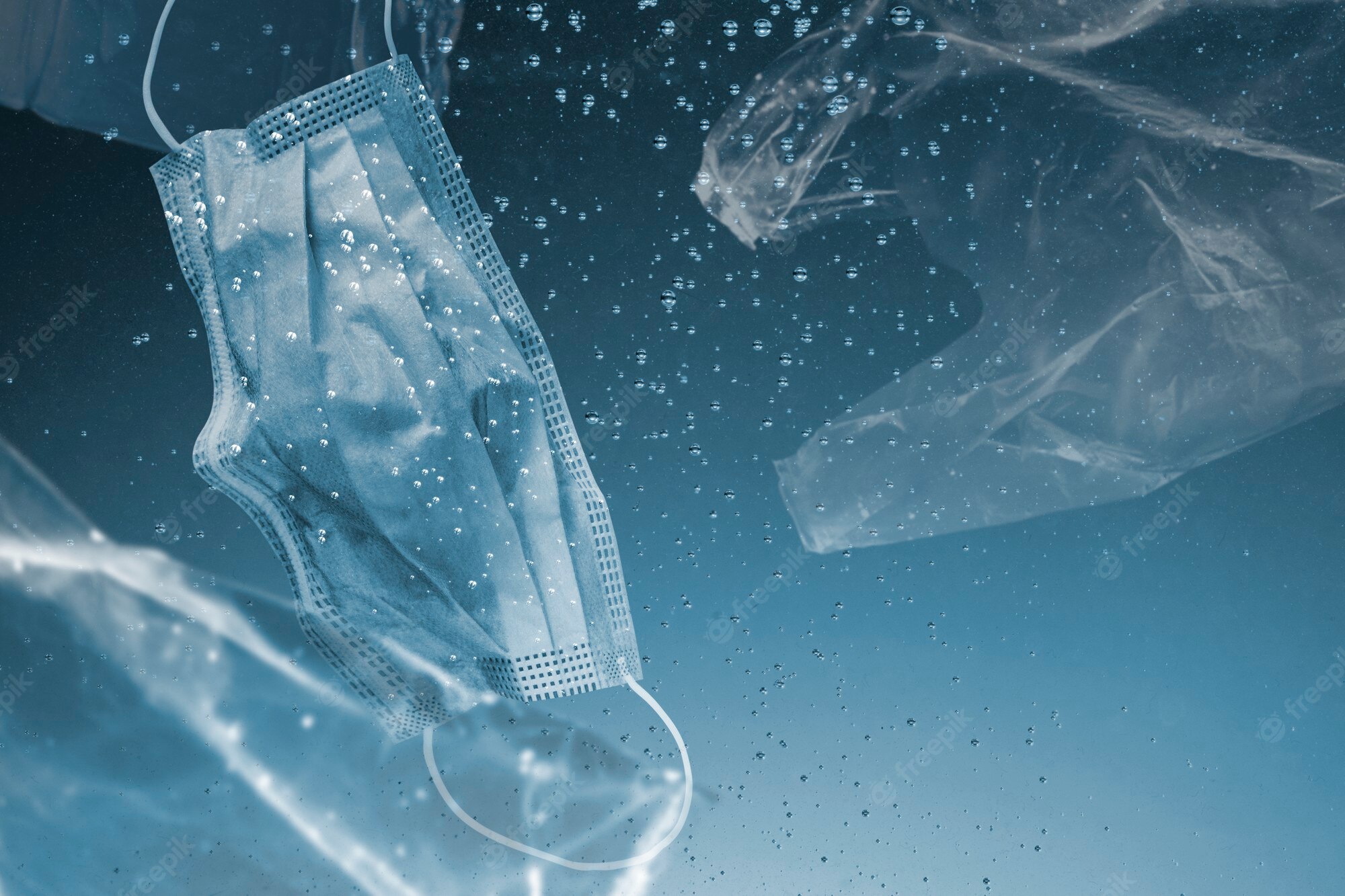 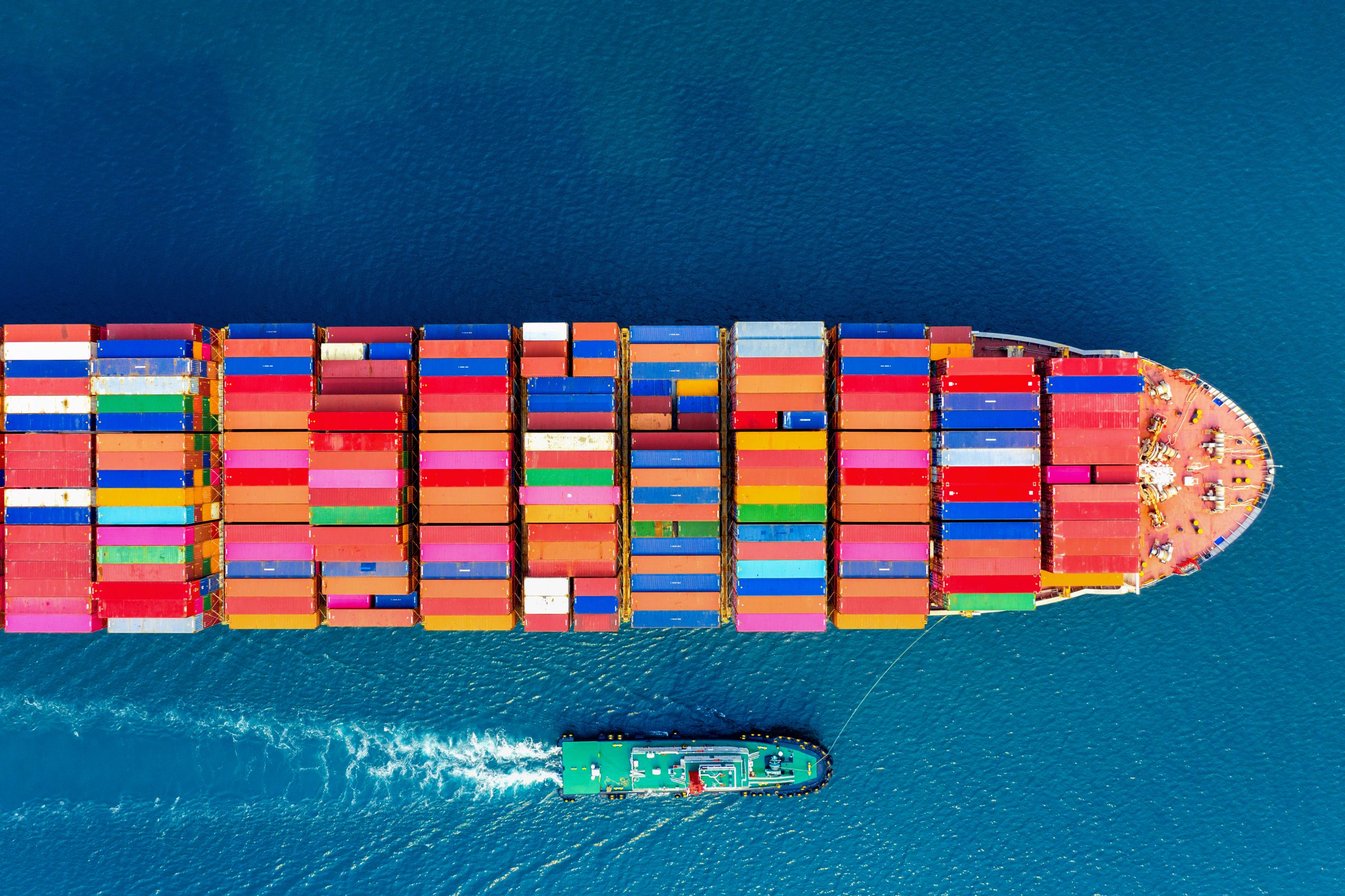 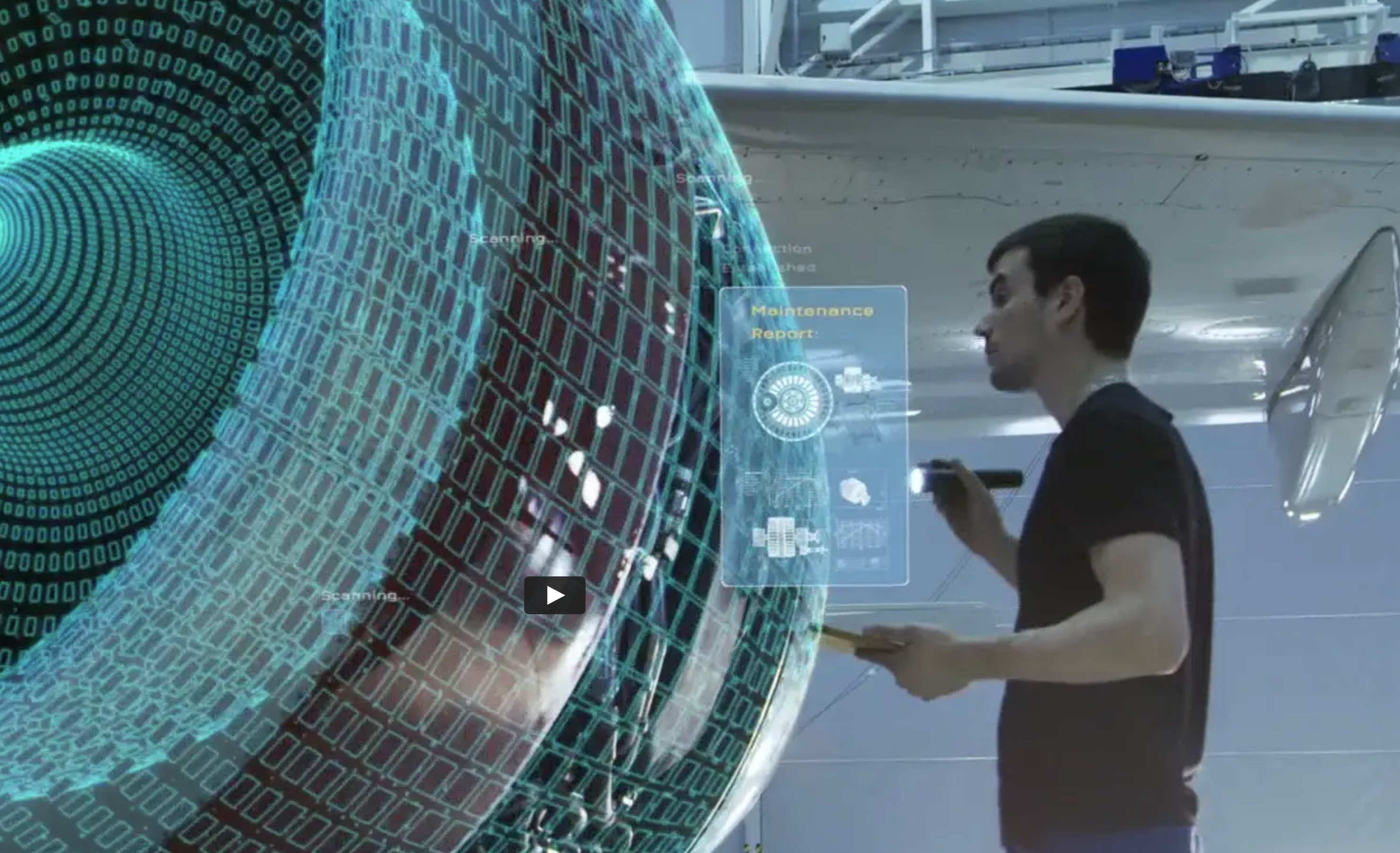 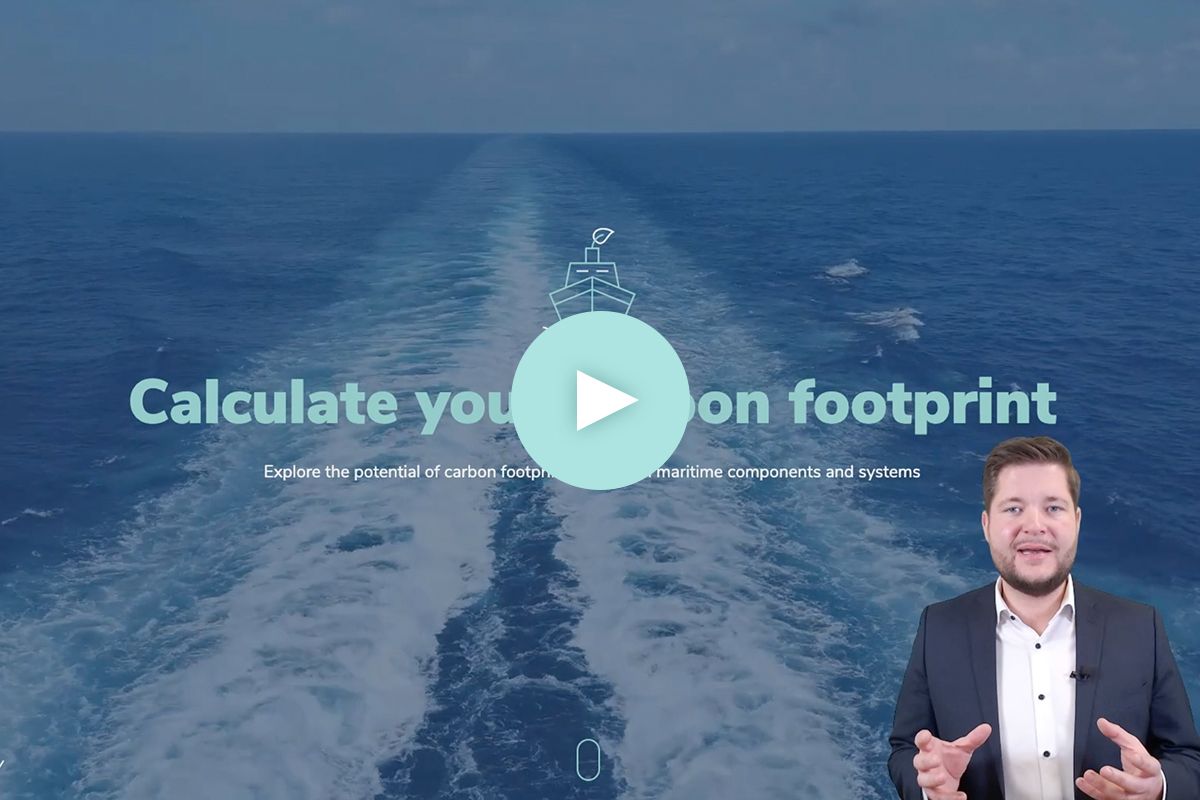 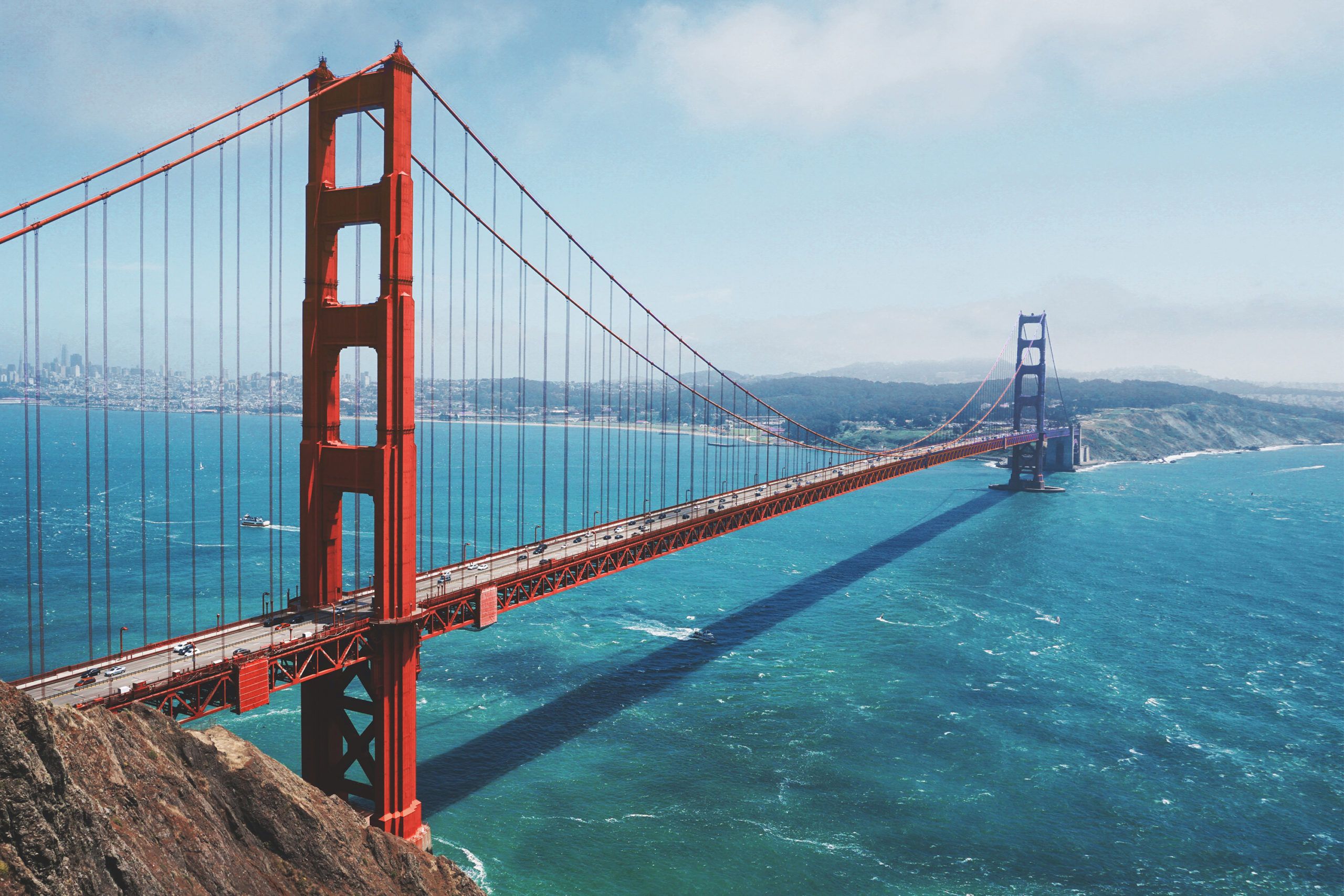 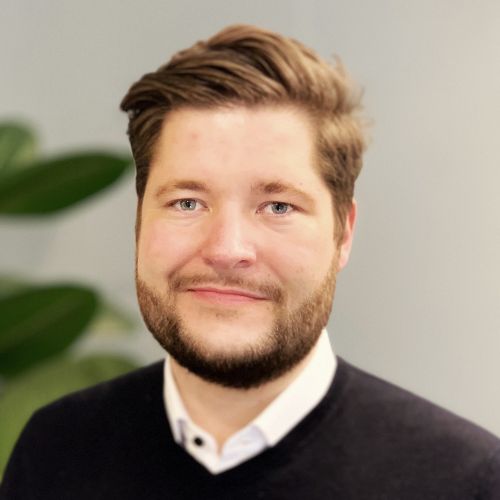 The Pay-it forward mentality and a quick trip to AmazonGo

We would like to thank Innovation Centre Denmark and the Consulate General of Denmark in Silicon Valley for this great experience. 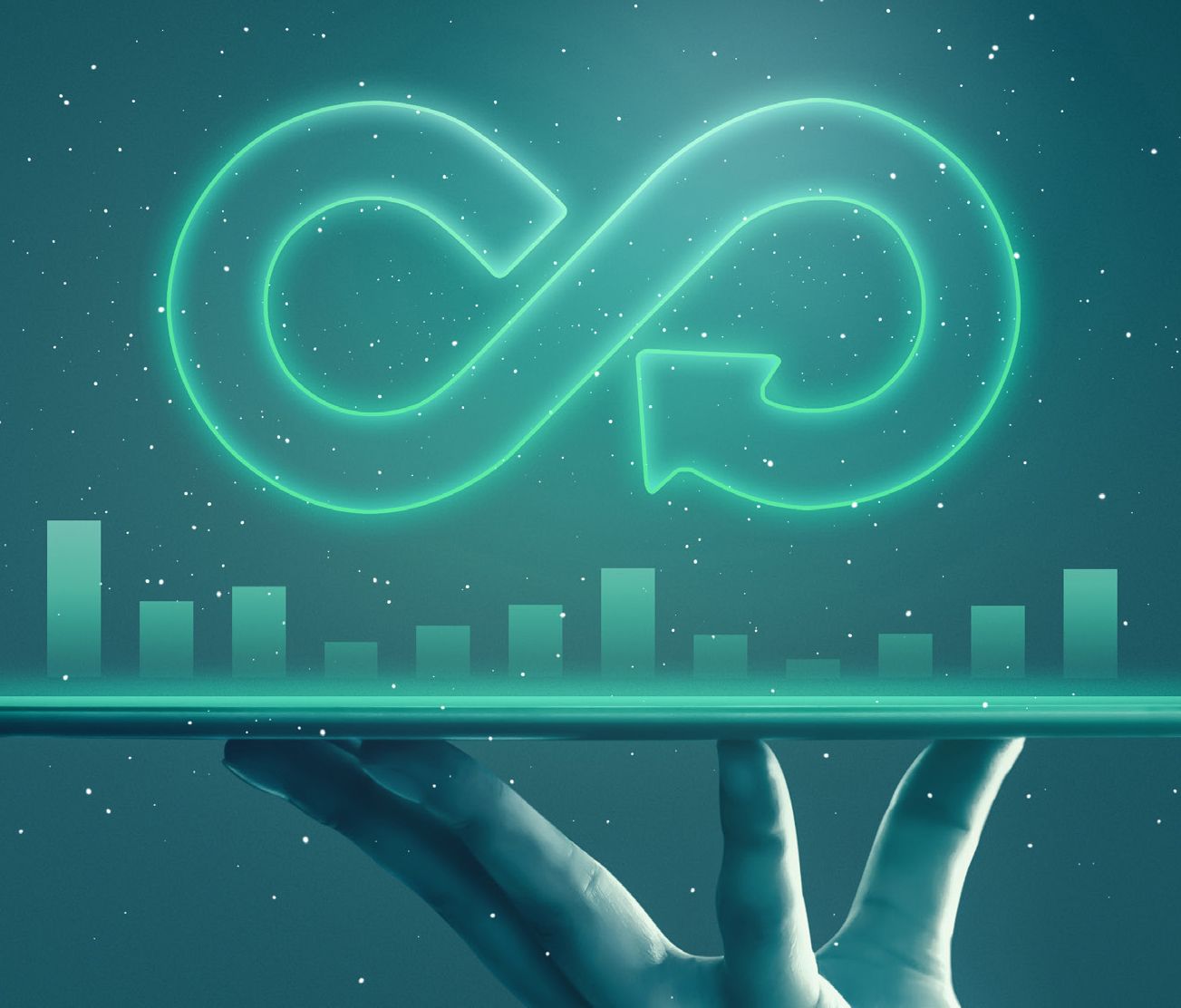 No comments to show.
Shopping Basket